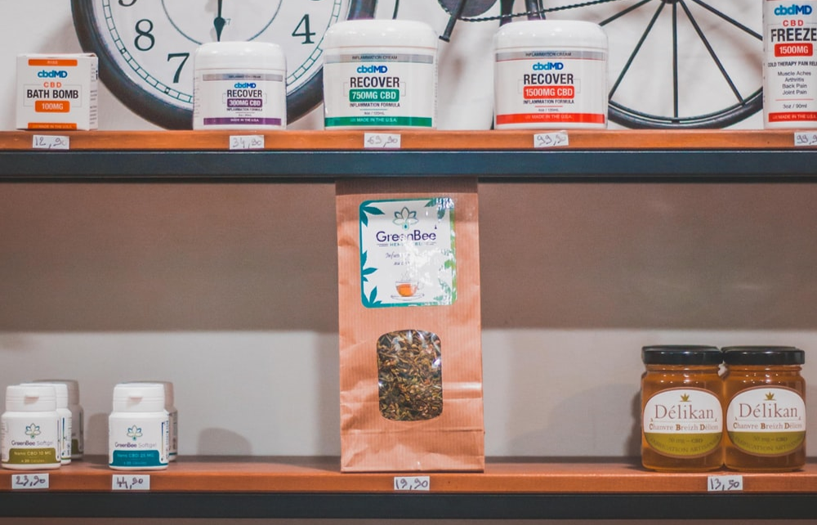 Americans easily recommend cannabidiol or CBD, even to strangers they meet on an errand or travel. Shops have popped up here and there, selling a broad range of CBD products, from tinctures to gummies to oils and vapes. Even celebrities like Kylie Jenner has endorsed a CBD-infused product, drawing many fans to try it out as well.

CBD is lauded by users for its alleged therapeutic benefits from alleviating anxiety to curing cancer. There are also varying levels of evidence to back up the different claims.

According to Google Trends data, CBD has hit its peak in the US last May. The search engine giant recorded more than thrice the queries for CBD than Beyoncé.

Cannabidiol is a compound identified as a cannabinoid, which are chemicals found in hemp and marijuana plants. It was largely unknown a couple of years back, but the legalization of hemp as an industrial crop in the 2018 Farm Bill has catapulted CBD to its popularity today.

Hemp is a cousin of marijuana, the substance infamous for being addictive. Both plants are from the same plant species, Cannabis sativa L., but hemp is considered as the safer, non-psychoactive compound of the two.

Although studies regarding CBD are lacking, consumer interest hasn’t dwindled. Manufacturers have already taken the initial steps to experiment with some less popular cannabinoids like CBN or cannabinol. Salespeople find it easy to market cannabinoids since there is still little information about them.

Before CBD, tetrahydrocannabinol or THC was the most recognized cannabinoid, mainly because it causes the high in marijuana. THC levels in cannabis-derived products draw the line between what is legal and what’s not. With hemp becoming legal to grow and process, the US now has its homegrown supply for CBD production.

The Food and Drug Administration (FDA) is yet to provide detailed rules on cannabidiol, including the labeling and quality testing of the many CBD and CBD-infused products out in the market today. As of writing, CBD products are still illegal to sell as dietary supplements and as a food additive, although such product forms are widely sold domestically.

The FDA still has not provided nuanced rules, due in part to the lack of academic research on cannabis. Permission and funding to conduct cannabis studies are limited, and scientists have a hard time securing such provisions.

Ether Blessing, New York University Langone Health researcher, believes that it might take a decade to establish FDA approval of CBD as a drug. She warned that the current condition makes it difficult for consumers to know the quality and CBD content of the product they are buying.

National Academies of Sciences, Engineering, and Medicine published research in 2017 that concludes cannabinoids as a useful substance for chronic pain, nausea, and multiple sclerosis symptoms. It is one of the very few studies made on the compound.

No waiting for Americans

Despite the very little information on CBD, Americans don’t wait for formality to set in, which is why the CBD industry has flourished in a couple of years. With the cracks in the health care system, CBD products have filled the needs of the average consumer. The substance is said to be effective in alleviating several health conditions, including anxiety, nausea, pain, MS, and cancer.

However, the unique way in which cannabidiol is incorporated or sold does not necessarily mean that it is valid or if there is any CBD in the product at all. What retailers do is satisfy the consumer’s curiosity by developing novel ways to market the compound, even at the expense of the buyer.

Much like vitamins and supplements, CBD and other cannabinoids are mostly untested and unregulated, yet many Americans purchase such products. The more or less have the same reasons, such as distrust for pharmaceuticals, lack of medical care access, or curiosity about the new product.