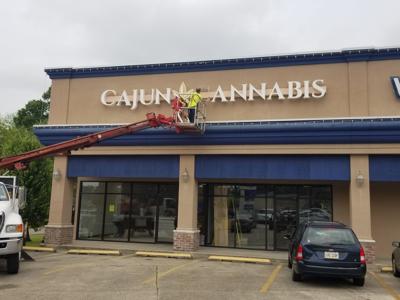 With the 420 right around the corner, all cannabis-based companies and retailers are set to offer a gamut of discount vouchers on their CBD products and even introduce new line of cannabinoid products for the consumers.

Restaurants are incorporating the drug in a number of their eminent dishes and coming up with creative meal plans which includes cannabis. The 420 holds a special place in the marijuana community as the day is celebrated specifically by stoners all around the globe.

Travis DeYoung wants to embark on a journey where he plans to remove all the stigma associated with stones and marijuana. He says that the 420 no longer belongs to the stoner community, and is an occasion to be cherished by everyone.

The 420 has a strong relevance to the stoner background and is linked with many plots.Out of the innumerable stories, the most credible story dates back to 1971, when a group of teenagers at the San Rafael High School, California used to meet outside the school at 4:20 P.M. sharp to smoke marijuana.

The group consisted of five members – Steve Capper, Jeffrey Noel, Dave Reddix, Mark Gravich and Larry Schwartz – it was known as the ‘Waldos’ because they met at a wall to smoke weed every day. They chose the time 4:20 P.M. as all the extra-curricular activities had been wrapped up by then and there were negligible chances of them getting caught.

They even set a codeword 420 for the activity which later reached the quite popular band at the time, “The Grateful Dead” and High Times Magazine which further spread out the word for the ‘420’ and made it recognize as a global event in the marijuana community.

Even now, it is celebrated worldwide with a number of special events and products being sold at discount prices for consumers. DeYoung is opening up his Cajun Cannabis café on Saturday, April 20th which will sell coffee and also serve as a retail store for offering CBD.

DeYoung, 31, is the latest retailer to jump on the CBD bandwagon and market cannabidiol products as a treatment to help relieve insomnia, pain, anxiety, inflammation and other ailments.

He claims that all the products at the Cajun Cannabis are made from hemp and not marijuana. DeYoung is strictly following the federal law which legalizes hemp derived CBD products with no higher levels of THC than 0.3%.

THC or tetrahydro cannabinoid is a psychoactive compound found in marijuana plants which causes forgetfulness, anxiety, seizures, Alzheimer’s and many other mental disorders if used in high potency over a long period of time.

DeYoung says that the ultimate aim of the products is to proffer relief and act as a stress buster for the consumers, which can occur only due to CBD or cannabinoid. Nothing sold within the space of the café will contain higher dosages of THC than allowed and thus will not produce any psychoactive effects. DeYoung said that anyone above the age of 21 can buy CBD based products.

It is advised that consumers consult their doctors or medical examiners before trying out CBD or its products, especially for on going prescriptions to check if CBD will interfere with their current drugs and medicines.

It’s safe to say that with the government legalizing CBD, consumers curiosity has been rising every day to learn and experience the drug by themselves. But, it is important to understand the difference between CBD and marijuana to avoid any unforeseen consequences.