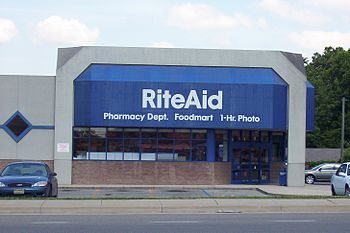 The store officials of Rite Aid announced on Thursday that it will pilot the sale of CBD infused lotions, creams and lip balms at its Oregon and Washington stores. Chief Operating Officer Bryan Everett met analysts to discuss the fourth-quarter earnings of the company and revealed that, “We’ve heard from many customers about their interest in purchasing CBD products.”

CBD or cannabidiol refers to a non psychoactive ingredient derived out of hemp which has been gaining record popularity recently. Everett felt that this pilot project can“better meet the needs and preferences of our customers in those communities.” In stark contrast to Marijuana, hemp has extremely low levels of THC compounds which is infamous for causing users to get high following its consumption.

The $867 billion Farm Bill was signed off by President Donald Trump in December thus showing a green signal to the large-scale cultivation of hemp. This gave a major boost to Cannabis-based products which had already found a ready market till then.

As hemp has been specifically identified for not being a controlled substance, businesses can readily use this opportunity for coming up with more hemp-based products ranging from lotions to tinctures.

Everett pointed out in this context saying that, “At this point in time, we’re only offering the topical solutions of creams, lip balms, lotions and we won’t be carrying any of the injectables at any of stores as part of the pilot.”

CBD-containing topicals was introduced by CVS in March comprising of salves and creams in stores spanning across seven states. Walgreens also made the announcement of selling CBD patches, creams and sprays in its 1500 stores located in select states.