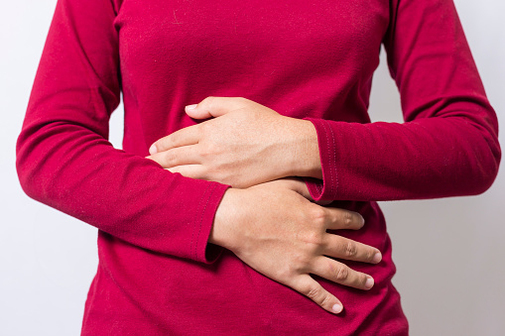 Do you constantly experience heartburns, stomach discomfort, and constant burping? More often than not, these symptoms point towards stomach ulcers.

Stomach ulcers are an extremely common ailment today, with nearly 4.6 million people suffering every year. About 10% of the American population will suffer from peptic ulcers in their lifetime, with 11-14% of men and 8 to 11% of women developing this disease.

The mortality rate of peptic ulcers is about 1 death per every 10,000 cases. This condition can be quite debilitating in terms of the symptoms and the pain.

Cannabis is drawing a lot of attention as a safe, natural, and effective means of curing various ailments and conditions.

According to Antioxidative and Anti-Inflammatory Properties of Cannabidiol published by MDPI, CBD exhibits many therapeutic properties. CBD can treat pain, inflammation, anxiety, and stress. It also has antipsychotic and anticonvulsant properties. The antioxidant properties of CBD work on reducing oxidative stress.

CBD can also provide in conditions such as Alzheimer’s, diabetes, heart diseases, etc.

In this article, we will analyze how CBD can help with peptic ulcers.

But before that let us understand what stomach ulcer is, and why and how can it affect us.

What Are Stomach Ulcers?

Stomach ulcers are open ulcers that occur in the lining of your stomach. Ulcers can occur in the lower esophagus and the upper part of the small intestines (duodenum) too.

Stomach ulcers are a commonly occurring problem, especially in the American population. An ulcer is erosion in any part of your digestive system. This erosion can occur due to various factors.

A bacteria called Helicobacter pylori or H.pylori is considered among the most common factors that can trigger stomach ulcers. Apart from this, certain medications such as painkillers and NSAID class of drugs are responsible for causing ulcers.

Sometimes lifestyle and factors such as stress and food habits also contribute to the problem.

In the normal process of digestion, the food you eat passes from your mouth, through the esophagus into your stomach. Your stomach produces an acid known as hydrochloric acid and an enzyme known as pepsin.

Both these acids help in digestion and absorption of food.

From the stomach, food then passes through the small intestines or the duodenum where the digestion and absorption continue.

As a protection against the powerful acids and enzymes, your stomach is covered with a thick mucosal lining. This lining protects the digestive tract from stomach acids and microbes as well.

Your digestive system produces strong acids to digest food effectively. When this mucus layer gets damaged or doesn’t function effectively, it can no longer provide protection.

As a result, the digestive acids damage the stomach tissues and lining, leading to erosions. These erosions are what we call ulcers.

Gastric and duodenal ulcers together are called peptic ulcers.

Generally, the following factors are responsible for stomach ulcers:

Certain factors can aggravate existing stomach ulcers. These factors include:

How Do I Know If I Have Stomach Ulcers?

According to The Journal of Gastrointestinal and Digestive System, the most common symptom of a stomach ulcer is a gnawing or burning pain in the stomach.

In extreme cases, the pain can spread to your neck, back, and the navel part of your stomach.

According to the research article “Clinical Study of Peptic Ulcer Disease”, in most cases, stomach ulcers may not show any symptoms. The same study lists down various symptoms related to stomach ulcers.

In mild to moderate cases of stomach ulcer, the following symptoms can occur:

In severe cases of stomach ulcer, symptoms include:

In most cases, stomach ulcers heal on their own. But if not treated properly, they can lead to complications. These include:

What Are The Treatment Options Available For Stomach Ulcers?

Medications, change in lifestyle, and food habits are the three methods prescribed to get rid of stomach ulcers.

Antacids are over the counter medications that help reduce acidity. They may also protect the stomach lining from further damage. Antacids are the most commonly used medications for acidity and ulcers and work short-term in providing relief.

These medications do not affect the production of stomach acids. Instead, they form a protective layer on the digestive tract and prevent further damage.

All the above treatment options take time to work. Long term use is essential for complete relief. Most of these medication options are associated with side effects too.

How Does CBD Cure Stomach Ulcers:

Before we understand the role CBD can play in reducing stomach ulcers, let us quickly learn a bit about CBD and its therapeutic properties.

Cannabinoids and terpenes together render medicinal properties to CBD or the extract of the hemp plant.

Human body consists of a self-regulating system known as the endocannabinoid system or the ECS. This ECS system regulates several functions and systems. Nerve activity and disorders such as appetite, anxiety, depression, learning, and memory are under the control of this system.

The ECS system works through a network of receptors spread across the body. Two main receptors have caught the attention of researchers and scientists. CB1R and CB2R are responsible for most of the regulating activities mentioned above.

CB1R is responsible for key gastrointestinal functions. These include appetite management and energy balance. CB1R functions by influencing the central nervous system and controlling the metabolic hormones and digestive functions.

This receptor is also responsible for managing pain and inflammation in the human body.

To sum up, the CB receptors in the endocannabinoid system controls the activities of the stomach including:

A study published in the International Journal of Molecular Sciences states that the cannabinoids present in the extract of cannabis Sativa are very much similar to the CB class of receptors present in the endocannabinoid system.

The “Role of Cannabinoids in Gastrointestinal Mucosal Defense and Inflammation” published in “Current Neuropharmacology” detailed the following research observations:

Effectively CBD for stomach ulcers works in the following ways:

CBD reduces the secretion of stomach acids. It reduces excess acidity caused due to various factors such as bacteria, and various medications.

Additionally, CBD forms a protective mucosal layer on the stomach and intestines. It helps in healing existing ulcers and prevents the formation of new ulcers.

CBD also repairs any damage that may have occurred to the stomach lining. CBD can provide relief from pain and inflammation that occurs due to ulcers.

Since CBD is a proven antiemetic, it provides relief from nausea and vomiting occurring as a result of ulcers and the resulting acidity.

By controlling the excess acid secretions, CBD can also prevent symptoms such as belching and acidity.

Nutritional imbalance is one of the long-term effects of long-standing acidity. This is because ulcers cause improper digestion and absorption of food.

Since CBD improves appetite, you can see an improvement in hunger and you can eat better. As your ulcers heal, your digestion and absorption improve, resulting in better health.

CBD maintains energy balance and improves your sleep cycle so you will start feeling better.

So, as you can see, CBD takes a multi-pronged approach to reducing stomach ulcers.

Traditional medications take time to work and can cause side effects in the long run. Also, you must take different medications for different symptoms such as acidity, pain, nausea, appetite, etc.

CBD in itself is enough to work on all symptoms and provide overall relief.

How Can I Use CBD For Stomach Ulcers?

The best way to take CBD for any therapeutic purpose is to directly target the problem area. For example, if you are using CBD for migraines, you can apply a few drops of CBD oil on your forehead area and temples.

Since ulcers occur internally, the best way to take CBD for ulcers is orally. You can opt for CBD capsules, softgels, gummies, or chewables.

When you take CBD orally, it will get digested, absorbed into the blood, and target key areas of your stomach, intestine, and mucosal lining. This way CBD will also be able to reduce acidity and work on all the other secondary symptoms related to stomach ulcers.

How Good Is CBD For Stomach Ulcers?

Though more research needs to be done, animal trials have shown that CBD can help reduce ulcers and all the symptoms related to it. It is a safe and effective treatment for stomach ulcers.

If you are using CBD for stomach ulcers for the first time, you should consult a medical practitioner or an expert familiar with the use of CBD for ulcers. They will advise if CBD is right for you. They will also guide you on the right dose.

If you have underlying conditions such as diabetes or hypertension, talk to your doctor. CBD can interfere with certain medications which may prove detrimental.

Though additional research is pending, current trials and research indicate that CBD may be a good treatment option for stomach ulcers with minimal side effects.

If you are looking for alternative therapy options for your stomach ulcers and acidity, CBD is a wonderful proven option. Coupled with a healthy lifestyle and diet changes, CBD can help you treat stomach ulcers and improve your health.

CBD For Allergies – Can It Provide Relief?