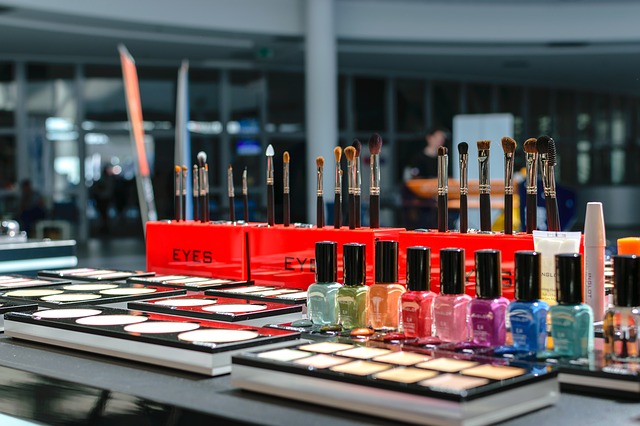 Mainstream retail agents are slowly opening up to the vast possibilities of CBD or cannabidiol for manufacturing beauty and wellness products. CBD is extracted out of hemp and does not cause a high like that of marijuana. These products are gaining record popularity amidst legal confusions for being of great assistance in helping tackle sleep problems and reducing anxiety.

Although the legal status of CBD remains under a veil of confusion, retailers are trying to reap the biggest benefits out of this booming industry. As per Investment firm Cowen & Co., retail sales of CBD consumer products are estimated to have crossed over $2 billion in 2018. This figure is expected to hit the $16 billion mark within 2025.

Growing demand has led to a market filled with CBD infused offerings ranging from bath balms to dog treats in the past few months. Martha Stewart a domestic diva has been associating for the past few months with Canada’s Canopy Growth Corp. for coming up with fresh bunch of CBD products.

Simon Property Group, one of the nation’s largest mall owner collaborated with a manufacturer of CBD goods to open around 100 kiosks within mid-summer in its U.S. malls. Similarly, Authentic Fitness is targeting the fall months for launching its CBD oils, foot creams and soaps under the brand name of Nine West. CVS Health is also going to initiate the sale of CBD-infused lotions, creams, salves and sprays in its 800 plus stores sprawling across its seven states. Its big-time rivals Rite Aid and Walgreens are also expected to follow suit in days to come.

The high-end CBD retailers can charge anything ranging from $12-$150 per ounce for their offerings. While Barneys New York has sprung up an outlet in Beverly Hills, California for selling CBD-infused creams apart from accessories like hand blown glass bongs, Neiman Marcus has added to its existing product line-up with five new CBD-infused lotion soaps, balms and masks.

Matthew Mazzucca, the creative director at Barneys New York was quoted as saying that, “There’s definitely a huge opportunity for expansion.” However, he was aware of the legal hurdles which can slow down the entire process.

Brands like Walmart are placing a safe bet by waiting for accompanying legislation to take shape. Target on the other hand is currently monitoring the situation. It is imperative note here that Target sold products having hemp extracts in 2017 but yanked them once the legislative setup started getting heated up.

Online giant Amazon is also steering clear of CBD related products as of now. According to its spokeswoman Cecilia Fan, the company presently prohibits the sale of CBD-infused products and remove them as and when the same gets posted on their portal.

CBD is known to treat anxiety and pain while also assisting people suffering from sleep deficiency so that they can concentrate more on upcoming work. However, most of these studies were conducted on mice and rats in test tubes which creates serious doubt regarding its authenticity and applicability on humans. Although research has also been conducted on humans, the number is not substantial enough.

Drugs which have passed the scrutiny of U.S. Food and Drug Administration can be marked as completely safe and effective means of preventing diseases and treating medical conditions. But in many cases, CBD-manufacturers try to trick the general public by beating around the bush with misleading and confusing words.

Kit Yarrow, a consumer psychologist and professor at Golden Gate University in San Francisco feels that, “We are a more anxious society and people are looking for cures. There’s a growing distrust in business and pharma and so people are wanting to find cures that seem more real and wholesome.”

Former food scientist from Indianapolis, 46-year-old Amy Nichols has been using CBD oils for fighting various symptoms of an autoimmune illness for quite some time now. “For me, this is a more natural solution to treating symptoms that I am having instead of taking pain killers,” added Nichols who is presently working as a sales representative of the CBD oil brand which she has been using for health benefits. “I have more energy. I get more done. I am in less pain. I am more active,” she happily concludes.

The regulatory framework pertaining to CBD has been varying between states and cities. The regulators of New York city have completely prohibited outlets from selling CBD-infused beverages and foods. Retailers have also been threatened with levy of hefty fines if they break the guidelines by any chance. States like California and Ohio have also followed suit.

The governor of Maine on the other hand has signed an emergency bill for showing a green signal to the production of CBD-infused products after warnings were given by state inspectors for pulling them off shelves earlier this year. A farm bill was passed in the latter half of last year which gave regulatory authority to the U.S. Department of Agriculture and several of its states to regulate the production of industrial hemp thus opening the floodgate for production of more hemp-derived CBD products.

However, FDA was given the ultimate authority to regulate food supply. The agency recently warned about the illegality of adding THC or CBD to any form of animal or human food or beverages. Even dietary supplements with CBD infusions have been branded with an illegal tag.

Bigger market players like Walgreens and CVS have decided to go ahead with lotions and creams as FDA has not expressed any concern in this department. Others are taking a chance and selling CBD-infused supplements and drinks with the hope of earning profit. Whitt Steineker, a Birmingham, Alabama, attorney feels that,“They have determined the reward is worth the risk.”

Although the landscape of CBD future still remains unclear with further scope of guidance and rules for being written, Steineker holds the view that, “Now that hemp is legal, I think the USDA and state departments of agriculture are interested in seeing what type of crop it will be and what its applications are. They’ll move with the speed governments often move with … (but) by the 2020 growing season, people will have a better understanding how to operate within the law.”

To Have Or Not To Have! CBD Confusion Rages In New York City