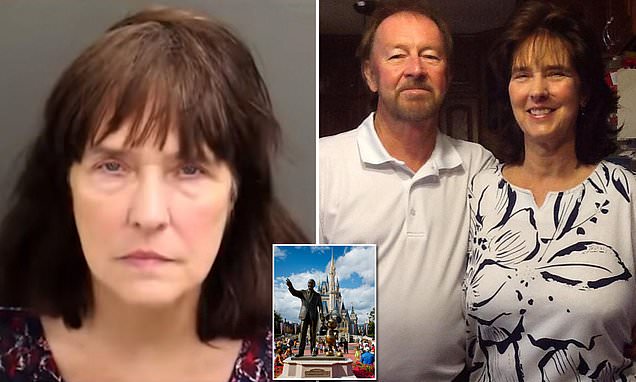 In spite of gaining worldwide popularity for its inherent health benefits, CBD oil is still an extremely unwelcome object at Disney World – “The Most Magical Place On Earth.” 69 year old North Carolina resident Hester Jordan Burkhalter came to know about the same in a harsh manner when she was arrested by the park authorities for possessing the controversial chemical.

The great-grandmother was found to possess “illegal narcotics believed to be THC oil” on April 15th by the security officers at Disney World. This was confirmed by an arrest affidavit issued by the concerned authorities. The cannabis-based product was found in her purse by an off-duty Orange County Sheriff’s Office deputy in a glass bottle. It contained a peppermint CBD tincture containing next to none THC content which is infamous for making you feel high after consuming marijuana and similar products.

Burkhalter had been planning the Disney World trip since the last two years and ultimately got the chance to make it happen last month along with her family. However, the felony charge led her to face 12 hours’ custody confinement apart from the levy of a $2000 bond. All this happened in spite of Burkhalter carrying a doctor’s note subscribing the usage of the CBD tonic for her arthritis pain. She was quoted as saying that, “I have really bad arthritis in my legs, in my arms and in my shoulder. I use (CBD oil) for the pain because it helps.”

A Look At The Turn Of Events

Deputy Vernon Lebron”was working in an off duty capacity at Magic Kingdom” on 15th April when he was suddenly notified by a park security personnel about someone being in possession of illegal narcotics. While inspecting her purse, Lebron enquired whether the product contained THC and Burkhalter refused to answer his question. According to the report, Lebron used a “marijuana presumptive drug test kit” to test whether the bottle contained THC. The positive outcome of the test indicated at the euphoric chemical component of the bottle which ultimately lead to Burkhalter’s arrest.

Industrial hemp was legalized by the 2018 Federal law and given the same standing as that of an agricultural product. This has led to the free sale of CBD-infused products in the Sunshine State. In spite of that, it has not gained a legal footing in Florida. State lawmakers are trying to create a proper industrial regulatory framework in the aftermath of passing the hemp bill. However, it needs the signature of Gov. Ron DeSantis for gaining the solid footing of being treated as law.

Burkhalter revealed that she “didn’t know what to think” while being arrested. She further added that, “I’ve never had one speeding ticket in my life.” Her attorney Jennifer Synnamon pointed out that, “a little drop of oil, with the CBD, is a felony. Meanwhile, you can have up to 19.9 grams of leaf-marijuana, and it’s a first degree misdemeanor.” All charges against Burkhalter were dropped ultimately.