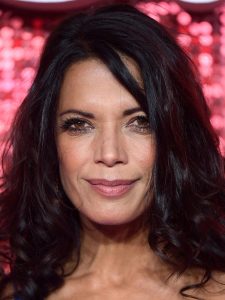 Renowned TV presenter Jenny Powell is one of the latest entrants of the pro-CBD oil brigade as she is using this miracle oil to cure her migraines. The former Wheel of Fortune host had been suffering from blinding headaches for quite some years now which prevailed in worst scenarios for up to three days.

She has revealed rhetoric improvement in her health condition within a span of just ten weeks from taking CBD oil. This is why the 50-year-old star of “5 Star’s Celebs on the Ranch” revealed that “It’s life-changing, really.”

She first fell prey to the horrendous migraines four years back which used to be triggered by hormonal changes marking the onset of her menstrual cycle. Her vision would also go blurry as the pain would scatter from her left leg to her right. She has been quoted as saying, “There’s no relief. It gets to a point where I literally have to just curl in a ball and stay in bed.”

Impact On Her Daily Life

These frequent migraines severely affected the daily lifestyle of Jenny who resides in Cheshire with her sports therapist fiancé Martin Lowe and two daughters, Constance, 18, and Pollyanna, ten. Her planned trip to Dubai with Martin also got ruined last year as she succumbed to terrible pain sensations. “Everything stops: I can’t cook, do school runs or work,” quoted the reality star.

Doctors had prescribed her “hardcore stuff” called Migratan but Jenny did not seem very eager to bank on the same. “I’m big into complementary ­medicine, so I only take a migraine pill as a last resort when I have to work.I want to know why I’m getting ­migraines, not just stop them when they start,” she added.

Jenny immersed herself into more yoga and even restricted the consumption of dairy products but these were not of much help against the excruciating pain. This is when Martin suggested her to use Cannabis Oil which comes with a price tag of around £399 for 100ml.

Since then Jenny started piping a few drops of CBD oil underneath her tongue twice a day. She revealed that, “There’s a funny taste but it doesn’t make me sleepy and there’s no woozy high. It just takes the edge off anxiety – especially for me, ­someone who lives off adrenaline.”

CBD refers to a chemical which can be traced in marijuana and has been accredited to possess numerous health abilities. As more and more people are starting to understand its beneficial impacts, our legislation is also accommodating marijuana in the traditional system of permissibility. Doctors were shown a green signal last year for prescribing medicinal cannabis to patients in need.

Jenny uses a weaker variety of CBD oil which is exacted from hemp and can be easily purchased from high street. Even her 91-year-old father Les has found CBD oil helpful in tackling his sleep problems. Jenny summed up her entire experience by saying that, “If it’s the cannabis oil that’s doing it, it’s worth its weight in gold. I might have just smashed the migraines for good. That’s six days of my life I’ve got back so far.”

CBD Products to be sold by Walgreens in several states