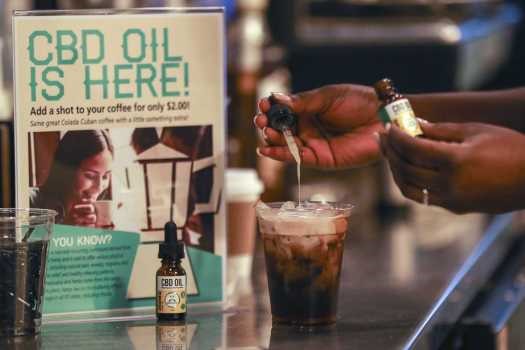 Companies selling CBD are being urged by the Federal Trade Commission (FTC) to discontinue promoting unfounded therapeutic claims on their manufactured products.

The companies received three letters, which were a warning to businesses selling cannabis-containing products that they might face legal liability once they make unsubstantiated claims. The FTC singled out a few companies, all unnamed, that are marketing CBD products such as oils, gummies, creams, and capsules.

Some of the products were labeled as miracle remedies or are said to work like magic. Companies also indicate that long hours of research have been spent to justify such claims.

In the letter addressed to the companies, the FTC stated that it is unlawful to promote products that treat, cure or prevent illnesses without undergoing rigorous research and dependable scientific evidence that backs up any claim.

The FDA has also set out warnings earlier this year following the spread of unapproved CBD products advertised as miracle remedies for serious conditions such as cancer. The FDA reiterated that such claims can endanger consumers and lead them to disregard the recommended medical care by health professionals.

Furthermore, the agency has also reprimanded a few companies for allegedly deceiving buyers for marketing products that are still unapproved and untested.

As of writing, the only FDA-approved drug containing cannabidiol is Epidiolex. This brand is used in treating intractable epilepsy. Researchers are still working on proving the therapeutic effects of CBD, but for the most part, this substance is still largely unregulated as medicine or supplement.

Cannabidiol is an extract from Cannabis sativa L., the plant species that produce both the hemp and marijuana variety. The controversy stems from the psychoactive property of marijuana, which gives users the high it is well-known for.

However, CBD is naturally derived and does not cause the addictive high. It comes in many preparations, typically oils, but it can also be found as pills, lotions, edibles like gummies, cosmetics, and other skincare products.

It has only been a few months since CBD extracted from hemp has been legalized in the US. CBD oils and other preparations are lawful to be sold, distributed and used according to federal law as long as it does not contain more than 0.3% of tetrahydrocannabinol (THC).

THC is the active component found in cannabis that is responsible for the psychotropic effects in the extract.

Companies that received the FTC’s warnings are prompted to review their product’s claims and ensure that scientific evidence is presented properly.

If the companies cannot comply with the FTC act, they will be facing legal action from the agency. They are given fifteen (15) days to reply to the said warnings. They are also expected to present the actions they are bound to undertake to meet the FTC’s concern.