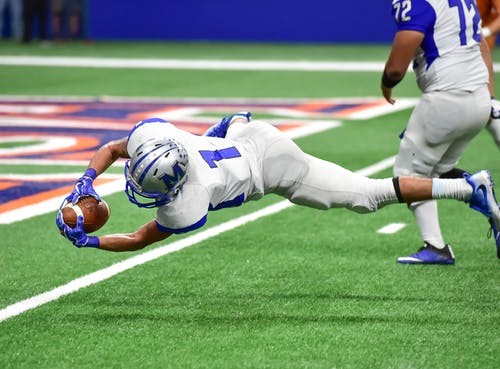 Rob Gronkowski sat down for a press conference in New York City, revealing what life would be like for him after ending his football stint. In the interview, the former tight end for Patriots announced his plan to launch a CBD line with Abacus Health, his new endorsement partner.

CBD or cannabidiol is a non-psychotropic cannabinoid contained by hemp and cannabis. Gronkowski claims that CBD-infused products have been influential to his recovery from serious injuries that ended his 9-year Hall of Fame status in NFL prematurely during the past offseason.

Gronkowski aims to invite sports leagues including NFL to loosen their chokehold on penalties regarding athletes who use CBD. He said that he is now pain-free after over a decade of battling with injuries and that CBD has become significant in his life after retirement.

With Gronkowski’s history of extensive injuries, a colorful nature and hall-of-Famer status, he is a fitting advocate for CBD and spokesperson for athletes who want to use CBD for their injury and pain relief.

The Patriots tight end has made an eventful career in New England, but not without suffering. He has had nine surgeries and multiple injuries throughout the years, and this makes him deserving of the sporting world’s focus and attention when he says that CBD has helped him recover his health.

Gronkowski goes on to say that injuries have taken a toll on his mind and soul. He felt it necessary to walk away to facilitate his recovery after getting hurt not only physically but also mentally.

The biggest issue Gronkowski and other CBD advocates have to face is that the substance is not approved by the FDA yet. CBD is still included in the NFL’s list of banned substances, which could lead to suspension, should Gronkowski decide to play again.

He says when the time comes that his body would allow and his desire to play would spark, then he will go back. However, he says this is not the case for right now.

While he could still have massive influence in the field, he could also be a powerful advocate for CBD, which may have a greater impact on sports, including athletes and sports enthusiasts. Gronkowski’s CBD endorsement might be the change and awareness needed to bring CBD to the spotlight.

Gronkowski is not the only athlete to advocate for CBD, but the weight of his name surely turns the tides regarding the application of CBD products in mainstream sports. A lot of athletes have used CBD and other similar remedies to alleviate pain, which is a common occurrence in any sport.

His extensive resume and personality make Gronkowski a viable candidate for CBD spokesperson, which may also convince the NFL to consider reviewing their rules and regulations involving cannabidiol.

However, Gronkowski admits that he is not ready to play football again for the foreseeable future, which may be in a week or month. He goes on to say that he is set on trying a different chapter in his life, one of them being an advocate for CBD products that he has tried on himself and worked.