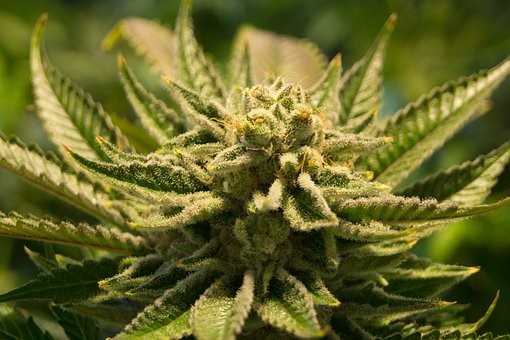 A Lehigh County resident is put behind bars following a cannabis test that showed above allowable THC level on his deliverable goods, causing confusion on hemp legalization in the state of Pennsylvania.

Pennsylvania State Police seized suspicious package reeking of the distinct marijuana smell last February 27 and April 4. The said goods were shipped from an Allentown business address of a certain Kenneth Grossman, which was set to be received at a New York address.

Law enforcers found unknown substances filled in packets and jars, which they suspected to contain cannabidiol or CBD. The CBD is a chemical derived from hemp flower, which contains medicinal properties like pain relief.

Despite the Food and Drug Administration still tying strings for CBD regulation, several pharmacies and stores in Pennsylvania are already selling CBD-infused items like sweets, lotions, and sprays.

Although CBD is known to be non-psychoactive, the samples that were found to contain THC, the chemical responsible for a marijuana user’s high.

Hemp, which is sourced from the same plant species as marijuana, is considered a legal crop provided that it only has trace THC amount of less than 0.3%.

More about the Case

Standard police field test for suspicious goods only determine THC presence and not the concentration.

Grossman’s storage unit and vehicle were searched by police last May 29; some of the items seized include CBD-containing candies and other CBD products.

Drug-sniffing dog from Pennsylvania police pinned the storage unit, and the sample sent to the laboratory came back positive. It was noted that the inventory sheet did not mention marijuana or THC.

Grossman was seized and charged on account of criminal conspiracy relating to illegal substances.

Detailed lab reports and product packaging later revealed that the THC on the products didn’t go over 0.3% allowable amount. Jordan Sonka, a police trooper, stated during the trial that he cannot verify the truth in such claims.

Grossman’s son Jason introduced his father to CBD. Grossman doubted the chemical’s legality, but Jason insisted that the laws have recently changed. They attended a number of trade shows and planned to acquire a warehouse for later use.

Both father and son told Sonka upon interrogation that they were in the early phase of establishing a wholesale distribution enterprise for CBD products.

Neither of them was a hemp cultivator but are only resellers, ordering products from a certain Jamal who was also only a distributor from Oregon who bought his supplies from local farmers.

Sonka stated that the Grossman’s retailers were mainly gas stations and stores in the locale, and as well as to New York and DC connections. He also questioned the legality of the Grossman’s business, New Labs, due to lack of registration details in police databases and internet search.

However, the suspects’ Attorney James Heidecker was able to present a business license from Allentown during a preliminary trial last June. Heidecker made snide remarks on Snoka for failing to check the business’ validity in Allentown, where the accused actually resided.

Gray Areas in the Field Test

Hemp sat at the federal government’s Controlled Substances roster for a long time, despite it not having psychotropic traits. It was only after the 2018 Farm Bill that industrial hemp got delisted and instated as an agricultural crop.

However, one case from Idaho still saw a trucker hauling hemp from Oregon being arrested after a drug-sniffing dog and field test showed positive for THC.

These methods are currently rendered impractical, as a simple test strip cannot gauge the THC level of a product, states National Hemp Association Chairman Geoffrey Whaling. He further stated that the state should clarify its law on controlled substance law to clear up the air regarding hemp legalization.

Although the bill to permit hemp-infused products is yet to be taken up, hemp cultivators from the state are protected by the existing mandate in relation to the Farm Bill.

Before a farmer is allowed to grow hemp, they must be licensed, their plants tested for THC levels, and their fields tracked with GPS coordinates.

On the other hand, no permits are needed to sell and trade hemp products.