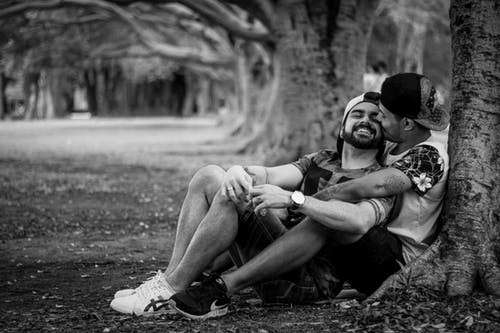 The CBD-laced formulation, Boof, is introduced as a “butt shot” that uses the benefits of CBD oil to easily “take XL guys and more”. Among its claimed effects are full-body relaxation and intense pleasure using pure cannabidiol or CBD of the highest concentration.

CBD is a chemical extracted from Cannabis sativa L., the same source plant species where marijuana is derived. However, CBD does not cause the “high” that cannabis has. What it does instead is to heighten the sense of muscle relaxation on a person, which Fort Troff is focusing on.

The said product is a collaboration done with Foria; a company is best known for innovative products infused with CBD. These items are popular due to their quality and potency, which is what Foria is known for.

Aside from their CBD supplements, Foria also markets Basic Suppositories similar to Boof but designed for a female target market. It is used to relieve menstrual pain through a soothing and tension-melting effect.

The manufacturer also says that it does not have THC or tetrahydrocannabinol, the substance responsible for the cannabis high experienced by users. What it has is pure CBD that would make the user simply feel good.

A survey performed by Remedy Review, a website about CBD and other natural remedies for health, showed that 5, 398 of Americans have used CBD-infused products during trysts with their sexual partner. A significant fraction of the respondents claims that they got more intense orgasms after using CBD.

While there aren’t that many studies and clinical trials for CBD yet, many people are claiming that this substance has helped them with a health issue.

A study shows that CBD affects a receptor in the body that controls serotonin levels. This is significant in the relaxation of the body and brain since it can control energy level and stress, among others.

Aside from relaxation, CBD is also known to have a positive effect on emotional behavior. Some of the conditions that CBD is known to alleviate are sleep deprivation, irritability, fear, depression and a lot more.