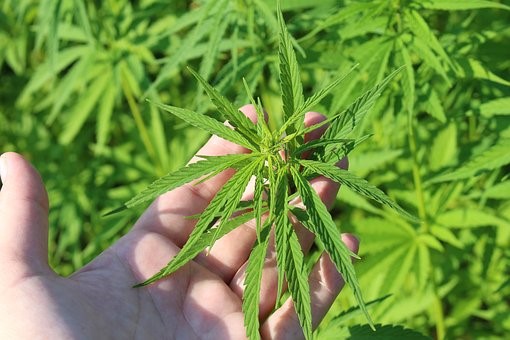 The Texas government has a made it clear that the bill they recently passed permits growing and selling hemp, but excludes the legalization of cannabis in the provisions.

Charles Perry, Republican senator, and sponsor to the said bill have stated that marijuana talks had no slippery slope, in an interview with the Dallas Morning News last May.

However, the bill signed into law by Greg Abbott last June has prompted prosecutors all over the state to drop charges on marijuana possession. They are also unwilling to press new charges due to the lack of laboratory paraphernalia to test for THC levels and distinguish marijuana from hemp.

Texas prosecutors have a huge jurisdiction between themselves—Houston, San Antonio, and Austin—that covers 1/3 of the state’s population, or over 9 million people.

Hemp-derived products have become a hot commodity that incidents such as this cause unintended leniency towards implementing the law. As states continue to take advantage of the growing opportunities to cash in, so does it give birth to consequences like the Texas prosecution is in.

CBD oils, gummy sweets, and other CBD-infused items are all the rage these days. These are processed from the same plant species as the marijuana but without the psychoactive properties that induce drug dependency.

Hemp Legalization is the Root of the Issue

Prosecutors and law enforcers in Florida are facing a similar dilemma after state laws recognize hemp as a legal product back in July.

Houston Forensic Science Center President Peter Stout claims that it’s not only Texas that struggles with cases like this.

Numerous cases have been dropped following the law, which involves more than simple misdemeanors. As of late, 32 cases of felony possession and marijuana delivery were dismissed, announced by Margaret Moore, district attorney for Travis County.

State officials including Abbot and the attorney general said the prosecutors should stop dropping cases just because of the House Bill 1325.

A letter to the prosecution office penned by Republican politicians stated that there is no decriminalization of Marijuana in Texas, and therefore finds no cause in the issue surrounding HB 1325.

Harris County’s District Attorney Kim Ogg insisted that one definite requirement for proving someone guilty of possession is a laboratory confirmation.

Prior to the legislative order, presence of cannabinoids was determined on marijuana flowers using a test strip. It takes only a few minutes, and the strip would turn purple if positive for cannabinoids.

Prosecutors defended that testing for all of the state’s marijuana charges would likely overwhelm the few labs available. Furthermore, prosecutors claimed that this would cause severe backlogs. Nevertheless, several prosecutors still go through with marijuana cases as per usual.

El Paso District Attorney Jaime Esparza declared that no cases were dropped following the legislation, as it does not have any effect in trials for possession of the illegal drug.

On the other hand, the issue has been a positive turnaround for people with felony charges.

Fort Bend county lawyer Brandon Ball said a client thanked him for the dismissal of her possession charges, although Ball insisted that it wasn’t his doing but the hemp legalization law.

The Bill further stated that test results are significant in trials since it could prove the suspect’s guilt and validity of the case.