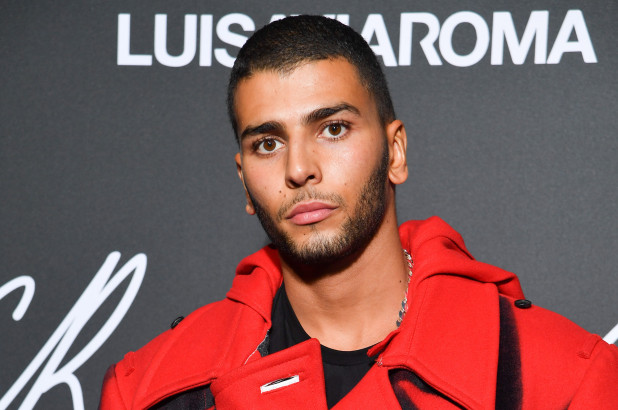 Younes Bendjima, model and ex-boyfriend of Kourtney Kardashian might live in Los Angeles, but he is not quite well known to the hip West Coast culture. On Thursday, Bendjima hosted a launch party for Mask Skincare, a beauty brand which sells sheet masks laced with the soothing cannabis compound.

He revealed at the launch event, that he’d only just learned about this stuff earlier that day. He confessed that he had started using CBD only a day before the launch. The Algerian star told Page Six Style at the party that he did not anything about CBD, THC or weed for that matter. He is not a smoking person but he learned great value for the CBD drug recently with everyone around him going gaga about its legalization, said Bendjima.

It was only then that he discovered the plethora of benefits CBD comes with. The brand;s sheet masks retail for $30 each; a box set of three sheets will cost around $85. Bendjima said that he instantly felt a difference in his skin after just one use of the sheet. Adding the mask in the usual skincare is actually quite easy.

“I use a lot of Caudalie, I have La Mer, I have a scrub from Kiehl’s and that’s about it. I’m not really into facials; I just take care of myself. Not too much, I leave that to women,” he said.

The model said he usually scrubs once a week to exfoliate, since he works out a lot and also its healthy for the skin as well. Apart from this, he uses a lotion for night skincare routine which suffices for him.

CBD is not just infused in sheet masks but a ton lot of other beauty and lifestyle products such as lotions, creams, oils, scrubs and much more. The compound is a hemp derived substance which has anti-psychoactive and anti-inflammatory properties. It helps relieve pain, stress, anxiety, insomnia, depression and also treat severe ailments such as cancer, epilepsy and Alzheimer’s.

Since the federal law passed in December 2018 legalized hemp derived cannabinoid with low levels of THC, tetrahydro cannabinoid, another chemical found in cannabis plants. THC is known to have psychoactive properties which can alter the state of mind and causes the ‘high’ that people experience while smoking weed.

Also, people who smoked weed for a longer period of time with high potency of THC reported severe hallucinations, mental disorders and even led to decrease in memory retention. The federal law allows only 0.3% THC in CBD infused products which will not have any negative impact on the users. However, it is advised that consumers consult their doctor or medical examiner before using any CBD based product, especially if they have an ongoing medical prescription.

The Food and Drug Administration has allowed CBD only in a drug which is used to treat two rare forms of epilepsy. Despite of the stringent regulations put by the FDA on CBD infused edibles, companies are creating CBD based food and drinks to capture the consumer market.

The agency is yet to set a regulatory framework for using CBD in May. It will hold a public hearing to discuss the possible spectrum of CBD as a chemical to treat patients and also what impact could it have on different people at different stages of life. Until then, beauty and lifestyle companies are free to curate CBD infused products.