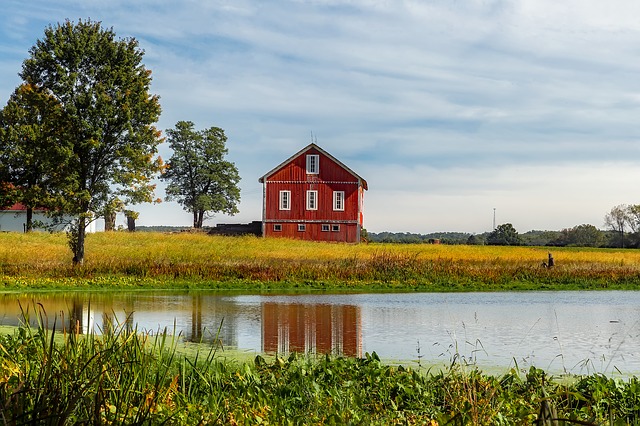 Cannabis legalization has taken all over the U.S., lawmakers and agencies have been working round the clock to ensure safe use of cannabis for consumers. On the other hand, multi-national organizations and companies are coming up with new line of CBD based products to cater to a larger audience which supports cannabis legalization.

While it is already legal in Kentucky, Indiana and Pennsylvania, lawmakers in Ohio are on a track to make CBD oil derived hemp legal in the Buckeye State too.

Senate bill 57 has already cleared the Senate and is now headed to the house for further action. Senator Sean O’Brien of Warren is a cosponsor to the bill, he expects the bill to make it to the Governor DeWine’s desk, and get his signature.

“We’re trying to get this done quickly because we recognize not just the importance of the oils but hemp in general,” O’Brien says.

The bill has a broad bipartisan support and would create an industrial hemp agricultural program in the state –which would allow cultivation of hemp that contains negligible or less than 3% concentration of THC.

“It could be Ohio’s third-biggest cash crop in the near future,” said O’Brien.

State Rep. Michele Lepore-Hagan says, “It’s been taking us a while to implement the people and structure and put everything in place. Now I think we’ve started discussions about hemp because we have the medical marijuana aspect going on in the state of Ohio.”

Josh Runyan, a manager across the state line in Sharon, PA, Tobacco says that the enthusiasm for CBD oil based products and their potential health benefits has been around the corner for several years.

“We have noticed a good growth of customers coming from Ohio,” Runyan says. “So our CBD sales have definitely boosted.”

But, unless the government legalizes cannabis in Ohio, no online retailer would take the risk of a legal liability or any cases of marijuana trafficking when the ultimate motive is to simply supply goods for the benefits of the customers.

“Being that they’re sending it to a state that it’s not legal in, that’s a little bit different versus a person coming to the state and buying it…in person,” says Runyan.

The Senate bill 57 would also establish rules throughout the state agricultural department to ensure that people understand and know what they are buying. Until then, Runyan suggests to “do some research yourself. Don’t be afraid to look up the benefits of CBD compared to hemp oil. Hemp oil is completely different.”

Ohio is currently banking on a boost to the economy of the state after the bill has been passed and becomes a law. Companies are paving ways for new products such as medicinal pills, roll-ons, creams, CBD lotions, beauty products and even edibles.

Consumer Reports says that a wide range of CBD products derived from hemp do not include THC level concentration on their labels, which is not correct. Also, cannabis plants absorb fertilizers and pesticides present in the soil, one should always ask about the origin of the product that they are buying.

Ask questions whether they have been tested and verified or not, how they were grown and manufactured, etc. Steer clear from any products that claim heightened medical reliefs such as cancer treatments, complete expulsion of stress and more severe diseases.

Recently the FTC and FDA issued a joint warning to 3 companies which marketed their CBD based products with heavy medical claims that they carry the potential to treat ailments like cancer. The Food and Drug Administration is yet to set the guidebook for companies on producing CBD products for consumers, especially edibles. As of now, it supports CBD oil only to treat two rare forms of epilepsy – according to their research.

To Have Or Not To Have! CBD Confusion Rages In New York City