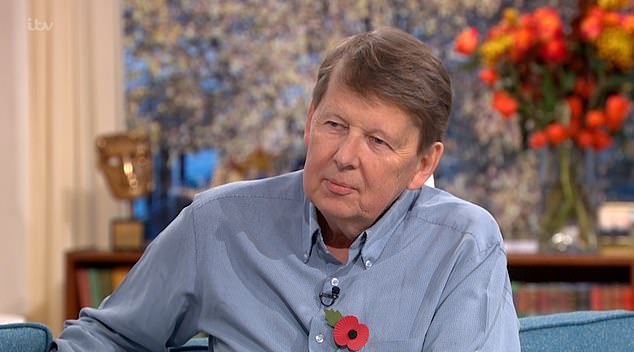 Bill Turnbull of BBC breakfast show fame has prostate cancer. His ongoing battle with the deadly disease is not being dealt with by chemo sessions but rather by Cannabis Oil. In a recent show for BBC, he spoke with his old colleagues Naga Munchetty and Dan Walker about how his experience with cannabis oil for cancer is turning out to be enjoyable. He also mentioned how the combination of CBD along with giving up alcohol and meat and rejuvenated his health. He told the presenters that his current health was in pink and he did not feel any pain. His decision to adopt the CBD way of healing vis-à-vis the conventional chemo has indeed brought some good results.

The moment his belief in chemotherapy disappeared in 2017, he decided and was firm to adopt any alternative therapy which will help him. The inspiration for CBD came to him when in the UK a 14-year-old boy miraculously recovered from his cancer and how every passing day he is feeling better. After taking CBD oil, he feels he has been the healthier version of himself. On further questioning, he also said that due to lack of research he was unsure about how much to take. That is why he has stopped taking it and is urging the medical sector and government to undertake more research.

Research in a way would also mean that people’s curiosity and fears will be settled. CBD has been there for thousands of years but we have only recently known its good and bad. A substance with that much potential should never be ignored or pushed to the background. The hemp-extracted plant also has anti-inflammatory properties with less than 0.3% THC levels. It is different compared to marijuana because of THC and also the effects it produces like intoxication and excessive addiction.

Despite being so beneficial in treating lots of ailments like cancer, joint pains, Alzheimer’s diseases, depression, and insomnia, people still attach a lot of stigma to it the way they attach to marijuana. Many medical foundations want to give this a try and have divulged that they will soon be funding research for CBD and its effectiveness. Recently a welfare organization has researched to see if CBD is effective in silencing the symptoms of Parkinson’s disease. The research is slated to begin next year and if effective will establish CBD as one of the major ingredients not to be missed in medications.

Bill has currently stopped because he does not want to risk its dosages. He feels invigorated after the changes he had made to his lifestyle and feels fresher and lighter than ever. His colleague also joking tells him that she has known him as a meat lover and this dramatic change is surely worth a mention. Turnbull agreed to this but has said that he has given up meat majorly and alcohol completely and feels better after doing so. He feels that he has mellowed down quite a bit.

All the revelations were made by Bill in a show documentary called Staying Alive. He was diagnosed with prostate cancer in 2017 and found that this cancer spread very easily. In the documentary, he also spoke at length about his treatment procedure and coming to terms with the deadly disease. He also mentions to his friends and hosts of the show that he has felt that this was quite a point of realization for him and time to look back at the truth.

His tryst with cannabis oil has been successful. When he was first diagnosed he was given little time to live which extended up to 8 years of age. But he also becomes practical that one day he has to go and will live the number of years he was destined to live. If while living and not living he can make himself feel better then he sees no harm in it.

Bill Turnbull has accepted his conditions and believes that he has a strong family force behind him to feel stronger. It is due to the immense love that his family has shown and the way they have backed him, gives him more reason and strength to recover.

In one of the lighter moments of the clip he is also shown smoking cannabis and amidst laughter explains the wonders of the product. Bill has not been a keen follower of CBD but believes that if it can be used for medicinal value then there is no harm.

He feels that there should be something right in it that 20 countries have now legalized it. The authorities should have a healthy discussion about it to take it forward instead of neglecting its potential.

The show ended with Turnbull feeling emotional about how the family took the news and how devastating it was at the beginning to come to terms with it.