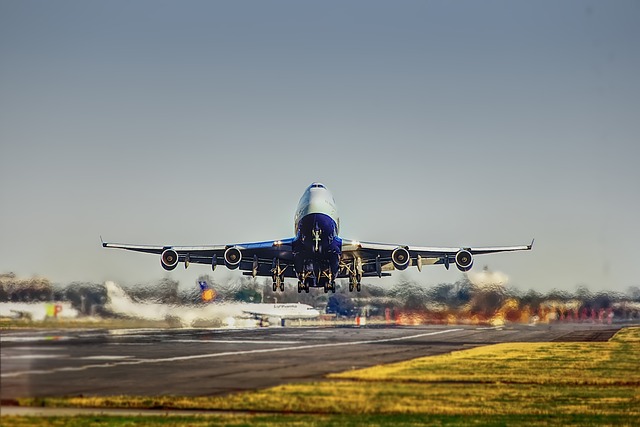 Cannabis had been termed to be federally illegal since 1930s which is why carrying the same to the airport is considered to be a bad idea. As per the federal law-enforcement inspection, every traveller has to mandatorily undergo thorough checking before boarding the plane. The same rule also holds true in states where legalized marijuana usage for recreational purposes has been shown a green signal. Travellers who are found to carry excess legalized marijuana than the prescribed amount can be made subject to legal prosecution.

Cannabidiol or CBD is derived from both marijuana and hemp plants. It has lately gained record popularity amongst American consumers who have been using the same for curing chronic ailments such as nausea, inflammation, pain, anxiety, epilepsy, nausea and even acne. The best thing about CBD is definitely its versatility in terms of usage as it can be vaped, eaten or even applied tropically. Maybe this is why FMCG giant Coca-Cola has also shown interest in the same.

THD – the psychoactive ingredient in marijuana has been creating a lot of contradiction in regards to the legality of CBD. Although CBD oil is being baked into vegan brownies and squirted into lattes, its non-existent regulatory standards as well as quasi-contraband status makes it a difficult choice while deciding on your airport luggage.

Consumer confusion regarding CBD has led to skyrocketing CBD interception rates at the Dallas airport, some of which have even resulted in felony charges. Los Angeles based cannabis law specialist,Griffen Thorne, working at the firm Harris Bricken revealed that, “Until the law is very, very clear, people are going to get arrested for possession of things that aren’t explicitly illegal.” He further added that, “Federal authorities in general are much less likely to let people off the hook” compared to local law enforcement.

Travellers at Dallas airport are finding themselves at loggerheads with airport authorities especially due to lack of proper regulatory oversight. Standards on CBD purity has not been set by any governing body. Thus, CBD infused products can even contain higher THC content which can even characterise them as marijuana under the eye of law.

Thorne spoke out on this issue stating that, “It’s kind of a dangerous game when you’re walking through an airport and you’re taking a risk that something either is or is not federally illegal.” He further emphasized on the fact that travellers need to be more worried about hidden THC rather than the legality of CBD itself. “It’s sort of like speeding in a car,” said Thorne, “If you say, ‘I didn’t know I was speeding,’ you’re probably still going to get in trouble.”

CBD advocates were found rejoicing over the Farm Bill which was passed in December for legalizing the cultivation of hemp throughout United States. This also allowed an industrial scale production of CBD for assisting in its usage as a pharmaceutical ingredient as well as lifestyle product. However, things did not actually fall into place after the Bill’s introduction as several restrictions cropped up in regards to its derivatives.

Thorne holds the opinion that, “There’s nothing in [the Farm Bill] that explicitly protects consumers.” This leaves the ultimate interpretation entirely up to consumers which can even lead to problems in lower jurisdictions. For example, the New York City Department of Health has recently taken the call of penalizing all restaurants which infuse CBD in their menu chart. In spite of that, shops are still allowed to sale creams or oils containing the chemical. Pharmacy mega-chain CVS made an announcement earlier this year of rolling out CBD products to its 800 American stores.

Hemp, the source of CBD is kept outside the purview of products found in regulated marijuana dispensaries. But individual law-enforcement officers might not be able to immediately make out the distinction. CBD is not considered to be a Schedule I drug under the Controlled Substances Act. However, Food and Drug Administration considers all CBD products to be illegal irrespective of their source.

The propensity of airport troubles shall increase further for international travellers as they need to be especially careful about the legislative guidelines of the state they are travelling to even when their home state supports the legalized usage of recreational marijuana. People trying to enter United States for example with a disputed CBD product can land in deep trouble which is more serious than a simple possession charge. Non-citizens found possessing THC while entering U.S. port can face deportation as well as felony charges.

Legal worries pertaining to CBD can prove to be exceptionally cruel for nervous fliers. Much scientific advancements have not yet been made in regards to the effect of CBD on human anatomy. In spite of that, CBD usage have proved to show positive impact on people suffering from anxiety.

While travelling thousand feet above ground level, it is only normal for people to succumb to anxiety attacks which is why they can be seen carrying CBD solutions in their travel pack. However, considering the current state of things, it is advisable to just take a deep breath and count your blessings in your next flight unless federal cannabis law comes to a clear settlement. According to Thorne, “The best thing for consumers to do is just not to bring it into any federal jurisdiction, period, especially anywhere on a plane.”

“All Men Must Die” But Not Necessarily Out Of Anxiety