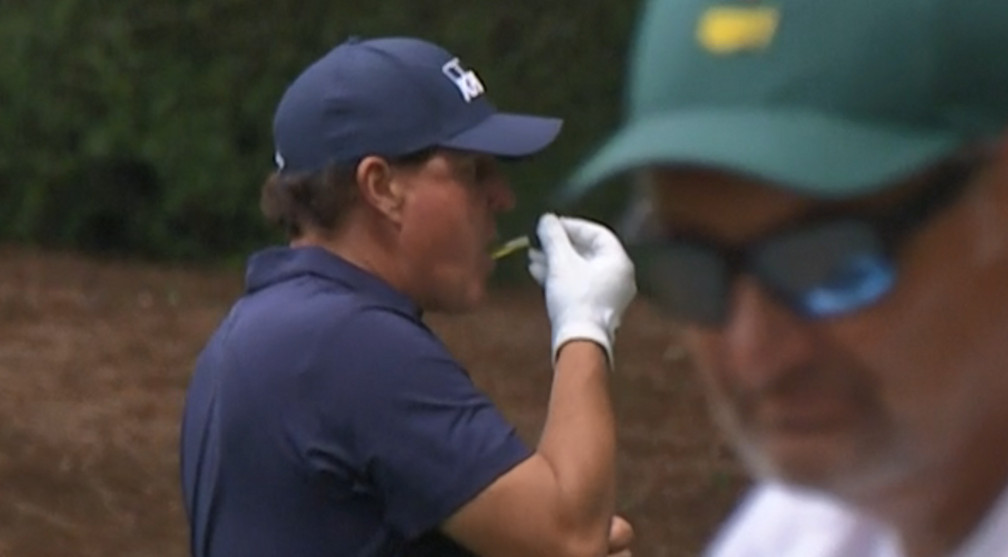 Phil Mickelson has earned massive fan following in the world of golf as one of the best left-handed players to ace the game. He bagged the champions trophies in 44 PGA Tour events comprising of three Masters and five major championships. This 49-year-old soon to be four-time green jacket winner was spotted while using a pipette on Friday for putting a few drops of bottled liquid into his mouth. He was trying to be a little secretive about the same as a casual observer might seem surprised on seeing such activities. But CBD experts understood what he was trying to do from the first moment they saw the video online.

Prescription Medicine Not Of Much Use

The entire situation becomes tougher for a golfer who has to undergo a year-round gruelling tour schedule as he visits various places to participate in championships. Phil usually takes prescription medicines like Enbrel for curing his arthritis. But these medications come with adverse side effects which has caused him to seek out the assistance of CBD oil.

What Is CBD Oil

CBD or Cannabidiol refers to a liquid which is extracted from the buds and flowers of marijuana. It has gained record popularity given its recreational and medical uses which has even received the green signal of the legal framework in United States. Presently, 30 states have given a legal footing to CBD oil whereas 17 states have levied specific laws pertaining to the same.

People across the world are slowly opening up to the idea of using CBD oil especially for treating the symptoms of rheumatoid and psoriatic arthritis. Some of the most common symptoms of this painful disease are:

These symptoms are mostly seen in people belonging to the age group of 30-50 which have caused modern research scientists to suggest the usage of CBD oil in fighting off these painful episodes. The main reason behind this is the relationship of CBD oil with our body’s endocannabinoid system (ECS).

CBD attaches to specialized receptors of our immune system and brain thus triggering a better ECS response by managing pain and inflammation. CBD oil has also been accredited in helping people exercise greater focus at work and stay relaxed. This the main reason behind its usage by sports athletes around the globe.

CBD can be consumed orally or applied tropically as a cream or lotion. It does not contain the tetrahydrocannabinol (THC) compound as that of its cousin marijuana which is infamous for making its users feel high after its consumption or application.

The anti-inflammatory nature of CBD is expected to help Mickelson in gaining an edge above his arthritis troubles. It is also known that the true potential of CBD oil can be unlocked on its tropical application. Its benefits get bottlenecked to about 20% of its true possibility on being orally consumed.

The future of CBD oil is still uncertain as it has not yet been regulated by the federal government. Although state law is superseded by federal law, its enforcement is a completely different story all together. CBD oil varies drastically from one manufacturer to the other and can actually prove to be dangerous for consumption by the end user. In many cases, various CBD oil also surpass the promised amount of CBD content which leads to the possibility of having THC compounds in the same.

CBD oil is not considered as a performance-enhancing substance or drugs under the PGA Tour Anti-Doping Program. CBD oil was also removed from the list of banned substances by the World Anti-Doping Agency in September 2017 and the entire gold tour is known to model its program on the guidelines laid by the World Anti-Doping Agency. Thus,Mickelson is not likely to fall under legal scrutiny following the probable consumption of CBD oil at the game field.