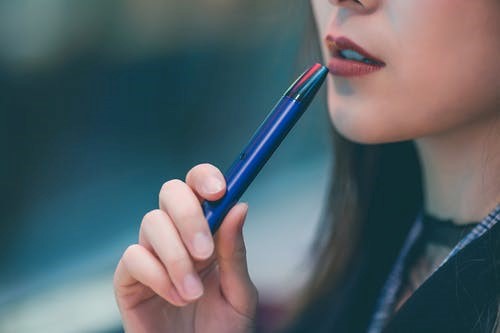 Various CBD products in the Texas market are advertised to contain safe cannabis derivative cannabidiol, but not all of them are true to what they promote.

James Miller from Houston’s Forensic Science Center is convinced that some manufacturers and distributors use CBD as a front to market illegal substances. Tests conducted at their facility last year indicated that 24 samples of different CBD vape pods and cartridges contained potent synthetic marijuana.

Renowned media company Associated Press recently revealed the results of their extensive investigation on the alleged capitalization of operators on the CBD craze. They replace authentic CBD with synthetic preparations of marijuana and other street drugs, which are potent and dangerous, unlike cannabidiol.

The high that synthetic marijuana causes are very intense that it has sent several users to hospitals due to severe adverse effects upon consumption.

The tests revealed that spiked vape products and some edibles are being sold as regular CBD in thirteen states or more. Representatives from various sectors in the industry are aware of the issue, yet they are confident that there are still many reputable companies left.

CBD extracted from hemp has risen in popularity due to its therapeutic benefits that users testify about. It is promoted as a natural remedy for various illnesses but does not cause the addictive high found in marijuana. Hemp and marijuana are varieties of the same source plant, Cannabis sativa L.

The demand for CBD has gone up the past few months, which may, unfortunately, have given way for distributors to market CBD vapes with dangerous and highly illegal synthetic marijuana.

The Associated Press sought substantial evidence about the matter from the cases gathered and tried by different government agencies. The AP asked for data regarding products that are suspected to be laced with synthetic street drugs.

Positive hits were revealed by officials from various states such as Georgia, Louisiana, Alabama, North Carolina, Texas, Virginia, Utah, and Tennessee. Twenty-two other states didn’t find illegal substances on CBD sold in their respective states, although some authorities note that they have tested only a small sample or have not conducted any testing at all.

The AP didn’t hear from some other states, while Michigan asked for $202 in exchange for their data that the AP declined. They have also yet to hear from the Drug Enforcement Agency (DEA), from which they also asked for information on the agency’s investigations.

Independent Testing by the AP

Associated Press sent samples of vape products to a licensed private laboratory, which came from various states or sold online. One cartridge was submitted by a victim who was rushed to the ER after using a spiked vape. In all, thirteen brands were tested.

Based on the data from law enforcement and AP’s independent testing, 128 out of the 350 samples tested came back positive for the illegal substance. Most of the samples were for CBD vape products, while a small fraction was that of edibles like gummy bears. Three of such samples have been laced with fentanyl.

The AP has further stated that the pieces of evidence and test results gathered are not indicative of how the CBD vape industry is today; neither do they predict the chances for consumers of buying a spiked product in the market.