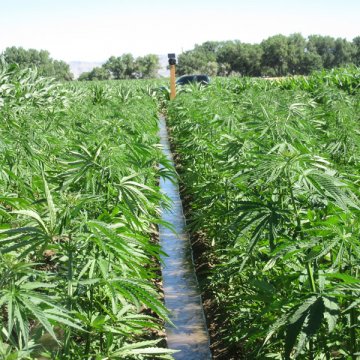 The hemp industry is rapidly growing—and it seems growers are moving too fast for consumers to keep up. The US is thought to consume only 22.5M pounds of 10% Hemp CBD per year, but the growth of this product has reached an estimate of 180M. that’s a whopping eight times the amount of consumable CBD, causing prices to drop massively.

Based on rough estimates, if 375M of US residents (that’s 50% of the population) consume CBD of up to 10mg in a day, that would amass to roughly 596,775 kilos in a year. That number is already stretched generously.

As of writing, hemp farmers have been granted access to 400,000 acres of land to grow the hemp variety of Cannabis sativa L. Assuming that around 30% of that land has been used, farmers would have planted 120,000 acres worth of hemp.

If an acre can produce 1,500 pounds of hemp, then around 180M biomass in pounds would be acquired. That’s roughly 0.026 kg isolate, given a pound of biomass at 10% with 8% of moisture. The total estimated biomass of 180M can yield up to 4.7M isolate in kilos—eight times what Americans can consume or need.

The hemp industry needs to process as much as half a million pounds of raw hemp daily to achieve those estimates. It is already legal and ongoing in the country. The problem is not whether the industry can process that number; it is that the US produces more than enough, which could lead to prices dropping and spelling trouble for farmers.

Last July, raw hemp reached $3.94 per 10% CBD according to the wholesale platform for trading, Kush.com. Buyers are expecting this priced to drop further to $2.30 before the harvest season and might worsen come October.

This is not the first time the movement of prices for hemp and cannabis has occurred. The same trend seems to be happening like the time in Oregon and Washington when prices have become unsteady due to these states’ cannabis regulation changes.

The trend starts when a bill passes into fruition; namely, the 2018 Farm Bill. This leads to an increase in demand but limited supply, causing prices to spike significantly. Farmers then begin to take advantage of the CBD economic opportunity by raising capital and increasing production. Once the harvest takes place, the industry realizes that a lot of raw material has been produced, leading to a price crash. This causes farms to stop production and close.

The price reduction is expected to go on for 18 months, but there is no surety. It took 36 months for prices to stabilizes only after 36 months in Washington and Oregon. This is the time farmers take to recuperate from their losses and study the market to survive.

The expected price crash will also cause all products like extracts and isolate to have lower prices too. The spot price for isolates of CBD currently runs around $3,500 per kilogram compared to $5,400 last May. The contract market price sits at $3,500 per kilogram as well, which forces suppliers to set the prices low enough to make a sale.

There is still no regulation regarding hemp exportation, but once the USDA provides importation guidelines, these conditions might just see hope for the hemp industry.

New Mother Finds Cure for Her Piles with CBD